Recall that Dammy Krane took to Twitter a few days back to call out the singer for failing to pay him for the service he rendered on his song, Pere in 2017.

According to him, he wrote the song alongside Davido and OBO is yet to settle him. He avowed that several attempts to reach him has been futile.

In a recent development, Dammy Krane in a series of tweets revealed how he paid for Davido’s music video because he was lacking financially.

He went on to rename Davido’s crew from 30 billion gang to 30 broke gang. Dammy Krane also tagged singer, Tekno, and the popular record producer, KDDO (Kiddominant) while asking if they have gotten their money for the services they rendered on two hits tracks of Davido.

“Ask your Oga @davido that’s his song but I paid for the video because he broke, he dint give me a split sheet for that too… I have the receipt, @unlimitedla shot it he gotta #PayMe every + outstanding.”

See the tweets below: 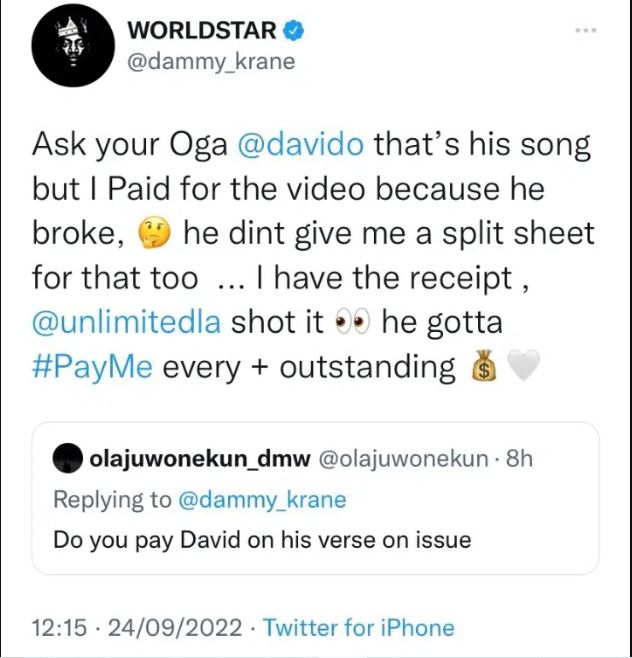 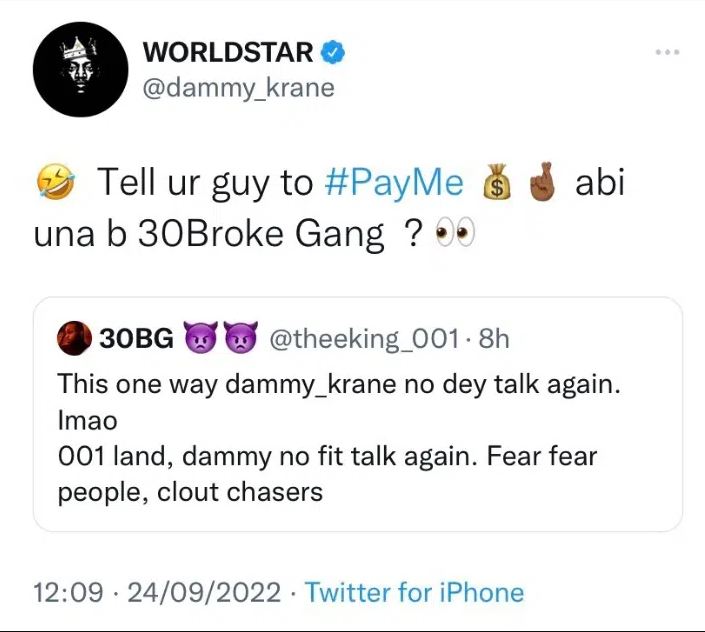 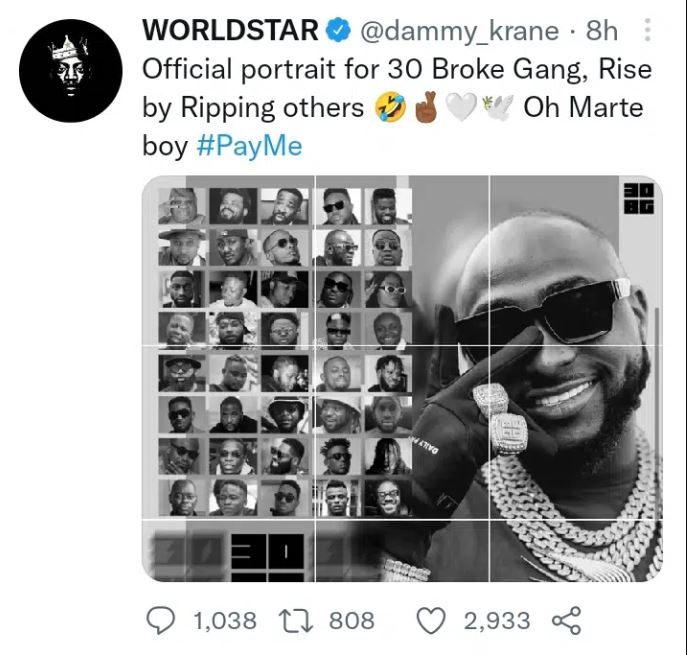