Davido is indeed the king of Afrobeats. The father of 3 who always drops hit songs has just reached 20 Million Followers on Instagram. In the mood of celebration, Davido has decided to release new song tonight. Fans and followers of Davido are anticipating and ready to dance to the new song he’ll be releasing tonight. 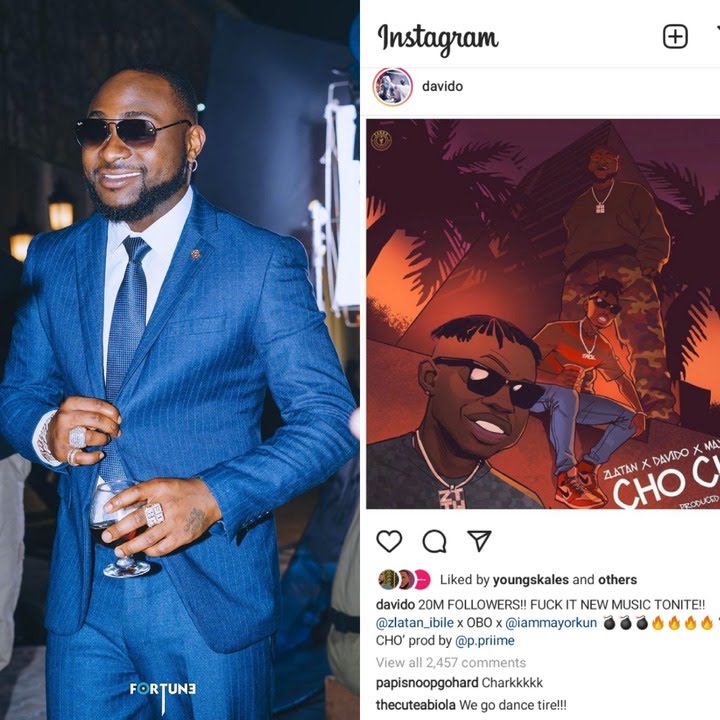 The Afro beat singer who’s always busy with his songs and music career always make out time for his children. He is indeed a supportive father to all his kids as they are all from different women. He never fails to show them love and support. 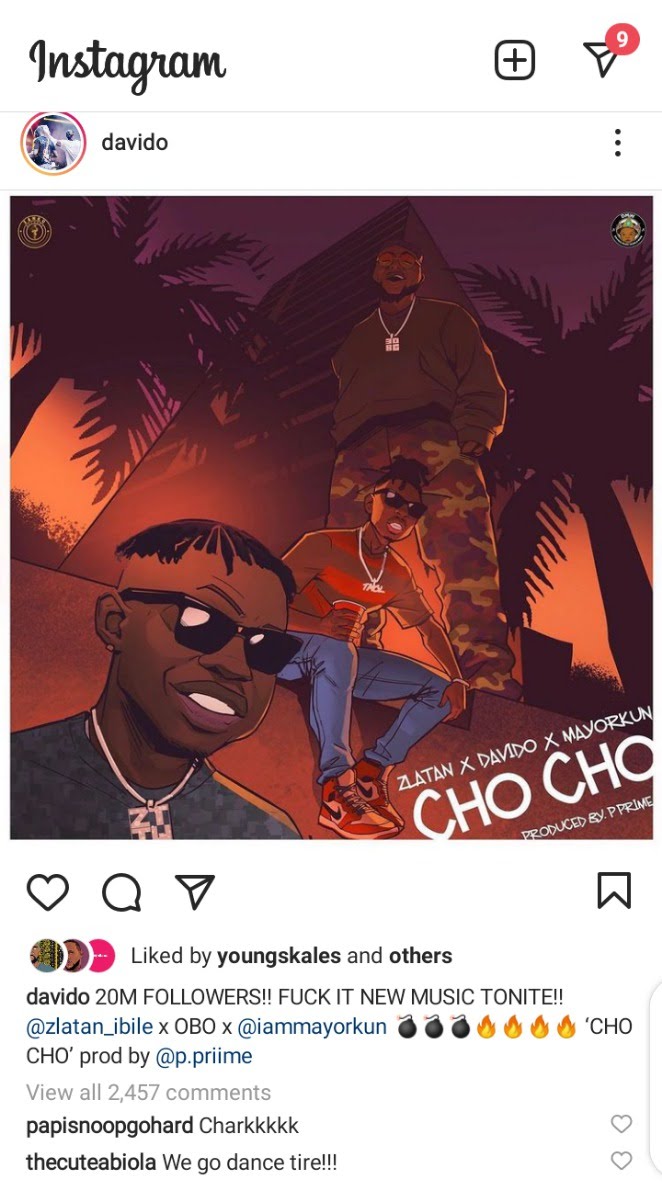 Davido is popular both in Nigeria and international. He works hard to make sure he gives his fans what they want. Recently one of his songs title “Fall” surpassed 200 Million views on YouTube. While many people are waiting for the release of his music tonight, Checkout how his fans and Followers are reacting to his post below;